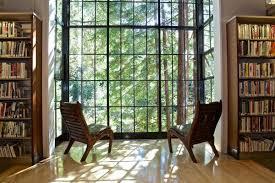 Cathryn Shea’s poetry has been widely published and was nominated for Sundress Publication’s Best of the Net. Cathryn's fourth chapbook, "Backpack Full of Leaves," was published by Cyberwit.net in 2019 and her third chapbook, "The Secrets Hidden in a Pear Tree" was published dancing girl press in 2019. Her second chapbook, "It's Raining Lullabies" is also from dancing girl press (November 2017). Cathryn's poetry has appeared recently in New Orleans Review (web feature), Typishly, After the Pause, burntdistrict, Permafrost, Tar River Poetry, and elsewhere.

Her first chapbook, "Snap Bean," was released in 2014 by CC. Marimbo of Berkeley CA. Cathryn was a Best of the Net nominee in 2017 and she was a merit finalist for the Atlanta Review 2013 International Poetry Competition. In 2004, she received the Marjorie J. Wilson Award judged by Charles Simic. Cathryn is included in the 2012 anthology "Open to Interpretation: Intimate Landscape" and she has poems in 2017 anthologies, including "Luminous Echos" by Into The Void, and "The New English Verse" by Cyberwit.net (India).  Follow her on Twitter: @cathy_shea.

and April 2019: A Routine Meeting of Poets